Frequently in Alzheimer’s disease research, primary academic research papers about potential new treatment avenues arouse keen interest among fellow scientists in academia and pharma, sometimes even attracting media attention and raising hope among the general public. The literature is replete with purported treatment strategies in mouse models that subsequently appear to fade away, as if they had been ignored. In many cases, multiple laboratories in pharma and academia have, indeed, attempted to replicate the original finding and failed, but never published their negative result. The group’s discussion of this problem was reinforced by a simultaneously published review (Prinz et al., 2011), and the topic echoes through industry blogs. Likewise, few academic scientists who try in vain to replicate prominent findings go to the trouble of publishing a negative experience, which, if they do, often appears in a low-impact journal and possibly burdens a collegial relationship with the original authors and potential grant reviewers. This situation leads to wasted effort as other scientists, unaware of the negative findings, continue to try to validate the original finding, making it harder for any one investigator to decide what not to pursue amid a growing literature.

Importantly, the group noted, failure to replicate is not inherently a lack of skill. When a pharma laboratory attempts to repeat an original preclinical study, it generally brings to bear considerable resources, for example, often using larger groups of mice than the original paper, from well-characterized colonies. Ph.D. scientists in pharma repeat experiments multiple times, sometimes in multiple strains and different species. If they cannot repeat a published finding, or if the finding is shown to be dependent on one particular transgenic strain, then it is not considered robust enough for human AD drug discovery. Frequently, multiple academic and pharma labs have the same experience, but the field at large does not see this and therefore cannot learn from it.

The group agreed that scientists engaged in preclinical AD research would benefit from a resource for sharing replication data, positive or negative, coming from pharma as well as academic labs. One general mechanism exists in the peer-reviewed open-access Journal of Negative Results in Biomedicine (see ARF related news story). A less formal mechanism that focuses on preclinical neurodegenerative disease, lowers the bar for participation, and incentivizes scientists might serve the AD research community. For their part, researchers would do well to demonstrate preclinical effects in multiple mouse models to give a first indication that the effect is robust.

Equally important, academic investigators may want to focus more attention on understanding the pharmacology of their compound of interest. For example, proper dose-finding research is frequently absent from papers on preclinical treatment effects. Instead, 10 mg/kg is sometimes used seemingly at random, without experimental evidence why that would be the correct dose. Other reports of treatment effects fail to gain traction because the compound at hand does not enter the mouse or human brain. Studies in the AD mouse models should aim to include evidence of target engagement. This kind of pharmacology research can be done collaboratively with experts in this area. The NIA’s Translational Research Program exists to support preclinical pharmacology of candidate drugs. See a basic tutorial on drug development.

The group further noted that cognitive/behavioral endpoints in mice have been unable to predict similar benefit in humans. For drug development purposes, murine behavioral endpoints are not necessarily objective markers for translation to AD. Rigorous pharmacology—showing that the compound is safe enough, and enough of it reaches its target in the brain with suitable kinetics and with a strong rationale of why the target should play a role in disease—offers the best basis at present for taking the leap into treatment trials. Mouse behavioral assays are, however, useful for identifying proteins and pathways that play a role in cognition.—Gabrielle Strobel. 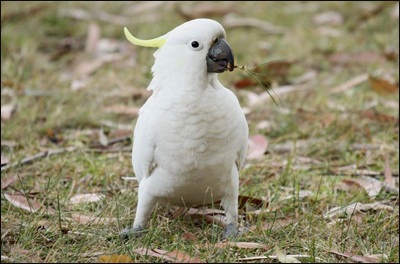