The role of the immune system in Alzheimer’s disease (AD) remains poorly understood, in part because the tools are not at hand to distinguish myeloid-derived cells from microglia, the brain’s resident phagocytes. The field also needs better biomarkers of immune function and the inflammatory response in the brain, both fluid factors and imaging tracers. Along the same lines, peripheral cytokines might be developed to serve as biosensors for damage in the aging brain (see Villeda et al., 2011). This is of particular interest for understanding the aging brain’s decline in neurogenesis; however, the role and importance of neurogenesis in AD remains to be firmly established. There is great interest in understanding whether systemic inflammation triggers protein aggregation in the brain, perhaps as a "second hit" on an already stressed, aging proteostasis system.

One research priority could easily be addressed. It is a common observation in hospital care that when some older patients come in delirious from an acute urinary tract or other common infection, treatment of the infection goes well but the patients emerge with dementia, although prior to hospitalization they had appeared cognitively intact or only mildly impaired. These patients do not improve back to baseline, and some cannot resume independent life at home. Did the infection unmask and accelerate a preclinical dementia? Similar questions surround surgery/anesthesia as a potential second hit for neurodegeneration in AD. Specifically for urinary tract infection, research could attempt to biochemically purify what it is about it that leads to rapid cognitive worsening. Is it a bacterial component, or a part of the immune system’s response such as acute phase proteins? These factors could be isolated from human cases, identified, and reverse-translated for study in animal models. From such work might come relevant biomarkers associated with inflammation-triggered dementia. Toward therapeutic application, the age and immune system components of donor plasma used for transfusion in older hospitalized patients could be analyzed for differential benefits on cognitive outcomes.

Viewed broadly, the importance of the inflammatory response in age-related neurodegenerative disease remains debated. Agreement exists on the presence of an immune inflammatory event in the AD brain and on a worsening of dementia by systemic inflammation. It is also undisputed that GWAS have identified loci associated with innate immunity. But there is no general consensus on which immune processes are activated in the run-up to AD, when in the long road toward symptomatic AD they come into play, or which particular immune pathways are beneficial and which are detrimental.

One problem leading to confusion is that research papers frequently call an observation “inflammatory” without defining whether it is phagocytic or cytotoxic. This lack of precision arises because scientists lack cell-type-specific markers. Research is needed to distinguish the lineages of myeloid cells that infiltrate from resident microglia and perivascular macrophages, all of which can respond to infection. All plastic cells that respond to injury in the brain should be characterized. This is important for translation, because treatments would address blood-borne and microglial macrophages in a different way. If monocytes prove troublesome in AD, they can be kept out of the brain by catching them systemically, whereas microglia would have to be treated with drugs that enter the brain. In this context, as well, the blood-brain barrier requires more focused attention.—Gabrielle Strobel. 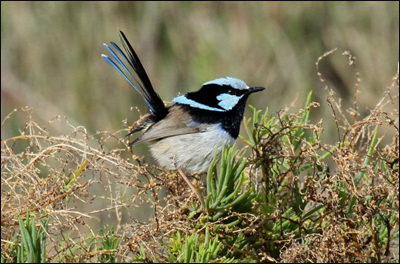