This meeting could not avoid a discussion of semagacestat/LY450139, a γ-secretase inhibitor whose development ended in 2010 following cognitive worsening and other side effects in Phase 3.

The pharmacology of semagacestat included a reported IC50 in cell-free systems of 2.6 nanomolar for Aβ production and 14 nanomolar for processing of Notch, the substrate whose cleavage inhibition likely gave rise to intestinal and skin side effects. IC50 measurements vary widely across the in-vitro systems used, however, and some labs have even measured a higher, not lower, semagacestat IC50 in cell-free systems for APP than for Notch. Therefore, it is difficult to separate an efficacious dose on Aβ processing and Notch processing.

A key point is that in humans, the drug’s appetite for Notch limited its tolerability so severely that the maximal concentration that could be achieved in humans was much lower than the efficacious dose. The published Phase 2 data further showed that in acute dosing, the already low maximal concentration occurred at six hours. This means a single administration achieved what is called "drug coverage" only for a short period of time. According to ClinicalTrials.gov, the drug was given once daily in Phase 3, likely not enough to keep a lid on APP cleavage.

Based on a 14-week study in Phase 2, the doses tested in Phase 3—100 and 140 mg—achieved at best only 20 percent reduction of absolute Aβ in CSF at the maximum drug exposure, and therefore possibly as little as 5-10 percent over a 24-hour period. At this time, this is considered likely too little to make a difference in overall Aβ levels in mild to moderate dementia due to AD.

Furthermore, the drug was up against what is called the biphasic effect, an odd phenomenon where at low doses the inhibitor causes a brief dip followed by an elevation of Aβ. Some scientists believe that low-dose γ-secretase inhibition with a short half-life blocks the enzyme for a few hours, substrate builds up during this time, and once the drug leaves, the unshackled enzyme rattles off more Aβ. On the other hand, substrate dependency and pharmacological manipulation of this effect suggest a more complex mechanism.

Several GSIs of different chemical classes have consistently shown this effect, sometimes called "overshoot," in human, guinea pig, and mouse plasma. There is less evidence yet to conclude that this also occurs in the brain, although it can be seen in in-vitro preparations from peripheral or neuronal cell systems. Eli Lilly and Company reported in their Japanese Phase 1 trial data an initial inhibition followed by an overshoot in plasma. If this phenomenon occurred in the CNS in Phase 3, it could have overpowered any initial Aβ lowering. The group agreed that these results argue that the hypothesis of a Notch-sparing γ-secretase inhibitor, or the amyloid hypothesis for that matter, has still not been tested fully in the clinic; rather, the field is still learning how to do just that.

How much Aβ lowering is enough, anyway? Amyloid-reducing trials using PET imaging may eventually answer this question, at least for its fibrillar forms. For now, data on PDAPP mice crossed to heterozygous BACE knockout mice hint that half of the physiological BACE activity leads to a small decrease of soluble brain Aβ, but a powerful impact on long-term deposition. (For a related discussion, see Alzforum September 29 Webinar.)—Gabrielle Strobel. 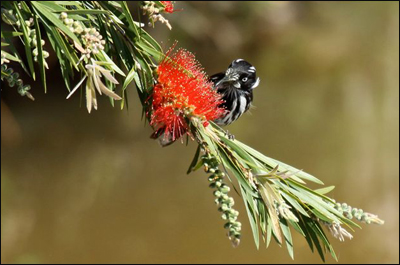