Despite intensive study, and with some frustration, the question of how Aβ is toxic to the cell in Alzheimer’s disease remains unsolved. The group suggested several areas of focus.

First, the range of Aβ species found in human brain has broadened considerably from the two that have received the most attention in the past—Aβ42 and 40—to now include both shorter and longer forms, as well as post-translationally modified and N-truncated forms. Mass spectrometry of CSF has identified additional species, notably Aβ16. Enzymology of the cleavage mechanism at the epsilon site of γ-secretase suggests two parallel processing lines, one generating Aβ49, Aβ46, 43, and 40, the other, Aβ48, 45, 42, and 38. Longer forms are generally considered more toxic, and all pathogenic presenilin mutations tested to date act by prematurely releasing Aβ during enzymatic cleavage, generating more of the longer species. Given this multitude of Aβ products, the scientific rationale for the widely used Aβ40/42 ratio appears arbitrary and requires reconsideration. Each of the species whose production increases as part of therapeutic γ-secretase modulation needs careful investigation of its relative toxicity to the brain, particularly Aβ38. For both toxicity research as well as compound selection, it is advisable to profile the range of Aβ species rather than assessing one of the Aβ40/42 ratios. These data would help define which of these species are most important in AD, both mechanistically and as therapeutic targets.

Second, the group recommended that the field define what exactly the term “Aβ toxicity” means in human brain. In cell or slice culture experiments, death, effects on synaptic physiology, and many other measures serve as outcomes of experimental Aβ toxicity studies. In the AD brain, however, the available outcome measures—structural MRI, functional MRI, cognitive testing, postmortem cell counts—are not proven to be due to Aβ toxicity.

Third, and perhaps most vexing to the group, was concern about the enigmatic relationship between the Aβ monomer, dimers, trimers, Aβ*56, protofibrils, other oligomers, fibrils, and plaques. Indeed, several researchers at the meeting noted their inability to measure oligomeric species in interstitial fluid, and raised the possibility that Aβ assemblies rather than a particular oligomer residing on the cell membrane may have a role in the pathogenesis of AD. Clarity on this score is crucial, in part because some of the anti-amyloid treatments might potentially release small assemblies from plaques at least temporarily. A way needs to be found to see them in brain and use them as theranostic markers.

An urgent need in the Aβ toxicity field, then, is to develop standardized protocols to detect, quantify, and categorize non-fibrillar assemblies robustly and reproducibly. Equally needed is some consensus around the source of relevant oligomer species—synthetic, cell secreted, or tissue extraction. An immediate step the group requested is for authors to describe precisely in their papers how their Aβ preparation was made. Beyond that, several groups could mount a round robin effort of exchanging and reproducing protocols, jointly generating standard protocols for synthetic and human oligomers, and endorsing some standard terminology. These protocols can then be shared openly with the research community, for example, via Alzforum’s freely available protocol database. (For an upcoming expert discussion of this topic, see the October 13 Alzforum Webinar.)

Fourth, the group articulated definition of the most toxic aspect of Aβ assemblies as a research goal. Do they act intracellularly (if so, in which compartment?), extracellularly, on neurons, on glia, specifically on particular types of candidate receptors or non-specifically on membranes? Considerable controversy has arisen about whether a single most pathogenic species exists or whether a soup of species—or the mere process of aggregation itself—is what damages cells. The answer to this question may remain elusive until the field has converged around a way to better characterize the species at hand, preferably with rigorous biophysical methods. Regarding oligomers made synthetically versus from brain extract, one stubborn finding is that in experiments to date, only the latter potently seeds amyloid deposition in aggregation-prone mice. This is true for many preparations tested at physiologic concentrations. This has been consistently the case for some years, highlighting the question of what is the difference between synthetic Aβ versus the "natural Aβ seed"? The group identified this as an exciting research priority.

The current problems with multiple preparations, terms, irreproducible effects, and general lack of consistency in the Aβ oligomer field are solvable. Doing this soon would head off similar confusion in the emerging field of tau oligomers. That field is too young for investigators to agree on standard protocols, but they are well advised to look back at the lessons learned with amyloid and start by defining with great precision what preparation they used in their study and to adopt consistent terminology early on. At this early stage, the field might benefit if many different labs explore different tau oligomers, ask other labs to replicate, and then build consensus about which ones are relevant in human tauopathy. If consensus were attempted too early on, important discoveries could be missed.

Despite receiving the lion’s share of research attention, Aβ still mystifies the field on other counts, as well. The detailed molecular mechanism by which Aβ interacts with ApoE remains unknown. This has come to the fore as a research priority following robust demonstration that Aβ clearance is one of the major ways in which ApoE isoforms influence a person’s risk for AD. Human brain imaging studies at numerous academic centers, as well as the Australian AIBL and ADNI in the U.S. and Japan, consistently show that carriers of the E4 allele of ApoE begin depositing amyloid plaques about a decade younger than do ApoE3 and 2 carriers. This is a huge step forward. Interstitial fluid measurements and other studies have shown that ApoE4 slows down Aβ clearance by some 30 percent. But how? A priority in this area is to understand tissue physiology around blood vessels, particularly how interstitial fluid flow in the brain leads to Aβ buildup. Early original work by Roy Weller, postulating age- and atherosclerosis-related slowdown of perivascular drainage, could be revisited with newer technologies. In this context, a concerted focus on how pericytes and other cells of the blood-brain barrier influence fluid dynamics may be fruitful.

For all its importance, Aβ clearance and aggregation is not necessarily the last word on ApoE in Alzheimer’s. Genetics studies controlling for Aβ leave some fraction of the ApoE risk potentially unexplained. Separate research suggests that deceased young adult ApoE4 carriers already have a measurable deficit in cytochrome oxidase activity in their brain’s mitochondria before detectable elevations in soluble or fibrillar Aβ42 (Valla et al., 2010). Differences in brain activity were present in young adult ApoE4 heterozygotes more than four decades before their estimated average age at clinical onset (Reiman et al., 2004; Filippini et al., 2009), raising the question of whether ApoE4 might exert a bioenergetic or developmental effect on the brain. There remain opportunities to discover what that might be, and whether these effects are important to AD, or minor compared to ApoE’s known effects.

The group agreed that renewed attempts to define the role of APP metabolites and function would be timely. Considerable work on this has fallen short of generating broad consensus, partly due to the frequent use of gross APP overexpression. Preparations using physiological expression levels or, at most, mild overexpression could validate the relevance of existing data. These include knock-in models with endogenous expression levels, or the study of changes in APP and its metabolites with sensors that indicate change over time. In general, moving away from snapshots and toward longitudinal observation would strengthen this field. Also, translation to human is key at this point. An integrated longitudinal proteomics study of APP metabolites would go a long way toward establishing the importance of these data.—Gabrielle Strobel. 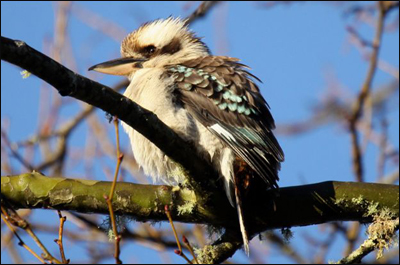