Over the past five years, the field at large has reached strong consensus that clinical trials should treat people earlier. This should start with defined populations whose genotype, age, and/or biomarker status unquestionably put them at elevated risk. The pharmaceutical and biotech industries have dipped their toes into the water by inching away from the standard mild-to-moderate patient population with a small handful of trials that are testing compounds in mildly impaired people who are positive for an AD biomarker. Three academic initiatives are reaching further back into even subtler cognitive signs, and further still into the asymptomatic phase of AD. Specifically, they are the Dominantly Inherited Alzheimer Network (DIAN; see ARF related news story) of autosomal-dominant familial AD, the Alzheimer's Prevention Initiative (API; see ARF related news story) of the same and of ApoE4 carriers, and the ADCS’ Anti-Amyloid Treatment in Asymptomatic AD (A4) trial of amyloid-positive older people from the general population.

Since 2008, the DIAN has enrolled several hundred carriers and non-carrying siblings of a variety of autosomal-dominant pathogenic APP presenilin mutations in Australia, the U.S., and the U.K. In 2010, the API began enrolling what will be several thousand relatives of Colombian families all carrying the E280A presenilin-1 mutation. Using similar assessments, both initiatives are building a body of longitudinal imaging, biomarker, and neuropsychological evidence on the pre-symptomatic and early symptomatic stages of their respective participants’ Alzheimer’s disease. DIAN proposes to evaluate one to four amyloid-modifying treatments in proof-of-concept biomarker studies before selecting one treatment for a larger trial that will include clinical outcomes. The API proposes trials designed to relate an amyloid-modifying treatment’s biomarker effects to clinical outcome, and thus provide evidence needed to help qualify biomarkers for use in the rapid evaluation of pre-symptomatic treatments. A4 is intended to evaluate an anti-amyloid modifying treatment’s biomarker and clinical effects in older people with PET or CSF evidence of significant Aβ deposition, but without requiring a particular genetic risk. The proposed studies have complementary roles, and the investigators from each of these groups are working closely together to assist each other in support of their shared goals.

Each initiative is at a different planning stage regarding trial design, drug choice, and funding, with the first trial expected to start in 2012. Innovative designs, including adaptive or combination drug designs, are part of the consideration. Meanwhile, each initiative has been gathering comprehensive longitudinal biomarker information on its prospective participants for some time and is continuing to do so. Their results are generally highly consistent. Some 15 years prior to disease onset by conventional diagnostic criteria, Aβ CSF biochemistry starts to change; some five years prior, CSF tau changes; and subtle cognitive decrements become detectable some two to three years prior. This is roughly as described in Perrin et al., 2009, and Jack et al., 2010 (see Alzforum Webinar). Other emerging data indicate that certain brain imaging abnormalities might even precede these markers in autosomal-dominant cases. The ability to predict when gene carriers will develop symptoms is becoming precise enough to enable clinical trials. Taken together, the growing biomarker and cognitive datasets are making these populations attractive for testing secondary prevention.

For these and indeed all future AD treatment trials, more sensitive tools to assess subtle cognitive changes are needed. Moreover, all such trials should incorporate extensive biomarker measurements so that the field can collect information about how the known biomarkers respond to treatment. The field has adequate data on these markers in the natural history of disease for their use as inclusion criteria. Much less is known about the relative value of each candidate marker as an outcome measure in trials. Will brain volume go up? Down? Will CSF Aβ go up? Down? Will FDG-PET respond first? Is brain amyloid removal necessary for clinical benefit? How much? Which biomarker changes predict subsequent cognitive change?

In this context, it is noteworthy that, as in cognition, mouse models have not so far translated to human AD. For example, MRI volumetry tracks AD progression and continues to be viewed as a potential outcome measure for future trials (even though responders in the discontinued AN-1792 immunotherapy program initially showed unexpected shrinkage). In contrast, mouse MRI sheds little light on how brain volume might behave in trials. In Tg2576 mice volumetric MRI has been uninformative because developmental expression of the transgene causes the mice’s brains to be smaller to begin with, and subsequent MRI does not track disease as amyloid deposits develop.

Rather than relying on mice, then, embedding imaging and CSF and plasma markers in trials across the field is indispensable. This will generate iterative knowledge about their response to different treatments. The U.S. and European regulatory authorities have expressed enthusiasm for the planned DIAN/API/A4 trials. They similarly urge widespread measurement of biomarkers in trials so a body of evidence will emerge to define suitable outcome measures and to bridge the gap between biomarker response and clinical benefit.

In order to obtain highly valued investigational drugs for their trials, the DIAN and API initiatives have to assuage pharma’s lingering concerns about whether results in defined genetic populations will translate to the general population with AD. That is where companies see their return on investment. The ADCS A4 trial is a step in this direction. Moreover, as more investigators worldwide are becoming interested in testing drugs in biomarker-positive older people, the methods for how this would be done should be fleshed out in detail and communicated among those groups. By speaking in unison, investigators can argue more persuasively with pharma for giving investigational drugs to people who are still cognitively normal.

The group compiled this wish list to increase the chance of success for future treatment trials:

Finally, the building of momentum for earlier-stage trials should not marginalize the millions who currently suffer from AD. Negative trials to date have not invalidated the premise of treating diagnosed AD. Researchers recognize a moral obligation to continue to attempt treatment trials in this large population. The negative trials have been disheartening, but they have also been relatively few in number for such a common, expensive disease. The latest information on longitudinal amyloid imaging from the Australian AIBL study does show a correlation between a person’s rate of increase in tracer binding and rate of cognitive decline that persists into the mild AD stage. Particularly in mild AD, the field should attempt to trial anti-amyloid approaches combined with downstream drugs, such as anti-inflammatory, neuroprotective, antioxidant, or anti-tau agents. Combination trials are complex, but the U.S. Food and Drug Administration (FDA) in 2010 published a guidance encouraging such trials for serious diseases, Alzheimer’s included.

The group shared the view that the field of AD drug development is too conservative. Patients in high-risk populations want more aggressive trials, and FDA representatives have said on numerous occasions that the agency would tolerate considerable risk of side effects because AD is such a dreaded disease. It is physicians and institutional review boards who remain perhaps overly risk averse. A paternalistic risk aversion ignores the cost of doing nothing. In Alzheimer’s, the personal and societal consequences of this stance are exorbitant.—Gabrielle Strobel. 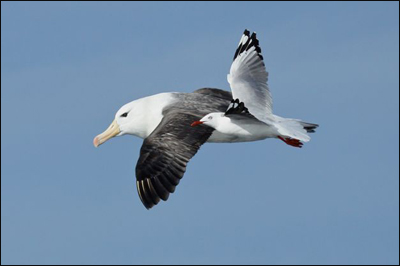 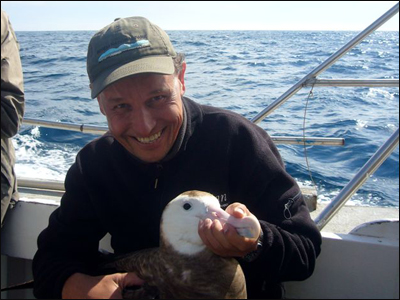