After a decade of little progress, the genetics of AD is once again becoming better elucidated. Most genes causing the rarest, Mendelian forms of AD are known. Less rare medium-risk variants are expected to be found over the course of the next years through sequencing of GWAS loci, exome sequencing, or whole genomic deep sequencing in families with a clustering of cases. Common variants, from ApoE4 on down to low-risk ones, have already come out of recent genomewide association studies (GWAS). These three categories cover the spectrum in terms of frequency and risk of the genetic burden of AD.

Collectively, the GWAS have redrawn the list of AD risk genes with a new set that is reproducible across 20,000 samples (see AlzGene Top Hits). The AD GWAS era will largely come to a close after one final, ongoing mega-merger of U.K., French, and American samples, plus several smaller studies in ethnic populations. Already, research is beginning to shift toward identifying the actual pathogenic variants near the risk SNPs, and understanding how, as part of their respective molecular pathways, they interact and contribute to AD. This is a lot of work. In aggregate, it appears at present that variation in the aging brain’s response to underlying injury contributes to a person’s risk for AD.

Within the AD field, as has been the case in schizophrenia and multiple sclerosis (MS), GWAS are facing controversy as some researchers question if they are worth their price tag. The low odds ratio of most hits discourages some molecular biologists from taking up the study of the genes responsible for those hits. The pharmaceutical industry regards GWAS data as leads to implicated pathways, not as drug targets per se. Some successful drugs hit targets that are low on their respective disease’s list of risk genes as per GWAS, for example, PPARγ agonists in diabetes or interferon β, natalizumab or fingolimod in MS. In contrast, a disease’s dominant genetic risk factor can sometimes prove undruggable. This is true for HLA, the dominant risk gene in MS and, despite ongoing effort, appears to be the case so far for ApoE, the dominant risk gene in AD. In both MS and AD, expected genes—that is, those related to myelin in MS, and APP and presenilin in AD—have not turned up in GWAS, but other risk factors have, and they point toward helpful directions for research and treatment.

On balance, GWAS have been more successful in AD research than prior candidate gene studies. They have yielded reliable hits, which help researchers choose pathways for mechanistic study. For example, some 100 ways of changing amyloid deposition in mice have been published; this makes it difficult to decide what is truly relevant to the human disease. The GWAS data validate certain areas as worthy of investigation. This includes known ones such as Aβ metabolism and cholesterol metabolism, as well as newer concepts such as endocytosis, the complement cascade, and innate immunity.

Other ongoing genetics research is beginning to blur the distinction between genes blamed for early onset familial AD (APP, the presenilins) and those thought to cause LOAD (all other risk genes). Pathogenic APP and presenilin mutations have recently been found in late-onset familial as well as late-onset sporadic cases. These and other data suggest that AD genetics represent a complex spectrum, where modifier genes can reduce the penetrance of an otherwise high-risk variant in one person, delaying age of onset, or where several low-risk genes act additively, bringing on disease faster in that person. The strongest known protective allele is ApoE2; it remains grossly understudied.

Aging is the biggest risk factor not only for AD, but more broadly for protein aggregation of all types (see Part 1). There is a growing view that AD represents a quantitative trait with broad overlap to brain aging. One fruitful approach the group endorsed would be to understand the cell biological changes during brain aging that allow proteins to aggregate. For example, in small-animal models such as the worm C. elegans, gene mutations that delay age-related protein aggregation also extend lifespan. A deeper understanding of the underlying pathways is desirable. They include protein homeostasis/proteostasis, clearance, and autophagy. How are these pathways affected in AD? In animals, mutations affecting pathways involved in nutrient, stress, and energy sensation can extend lifespan and delay protein aggregation toxicity. Can these gene changes be exploited to develop therapies that replicate their effect in humans? Screens can be done already for small molecules that turn on longevity pathways.

Aging studies in worms, flies, and yeast should intersect more with human genetics. For example, geneticists can look for genes that segregate in long-lived families and search for connections between genotype and resistance to AD. This requires proper genetic analysis of very old people who are ascertained to be cognitively normal and amyloid free. (Note that a prominent paper in this area has been retracted, see ARF related news brief). To back up human genetics, molecular biologists can define pathways in small-animal models to see which ones prevent or correct age-related protein aggregation. Natural suppressors found in these models can then be analyzed in human genetics. The current datasets of neurodegenerative disease and aging GWAS should be mined for information on enrichment of proteostasis genes. Finding these would, in turn, aid definition of the relevant pathways.

Furthermore, potential biomarkers of the aging human brain can be incorporated into studies that track aging versus AD. In particular, longitudinal brain imaging studies have identified a pattern of frontal hypometabolism as a signature of normal aging. Longitudinal studies increasingly collect blood for genotyping; hence, human analogs of age-related genes from small-animal research or primary findings from human genetics could be correlated with imaging changes. For example, FOXO, the human version of the C. elegans longevity gene DAF-16, has been linked to human longevity in eight different human populations. In this way, biomarkers for human brain aging could be found. Also, going from animal research to human genetics, the genes for secreted factors in blood that are known to influence brain aging (see Villeda et al., 2011) could be analyzed in GWAS data and then correlated with longitudinal imaging findings.

The GWAS signals from each of the major age-related protein aggregation diseases of the brain (Alzheimer’s, Parkinson’s, FTD, ALS) are different, pointing out disease-specific pathways. However, their top 2,000 SNPs should be cross-compared, meaning these respective GWAS could merge their samples to see if additional hits emerge that point to the commonalities between these diseases. While each of these diseases is different, protein aggregation is a common attribute they share.

Genetics research should integrate epigenetics, for example, methylation and histone deacetylation, across different brain areas at early stages of disease. This is challenging because it is rare that scientists obtain tissue from early stage patients, and postmortem tissue from people who died with late-stage AD contains secondary epigenetic changes that make results difficult to interpret. In general, studies of gene-environment interactions in aging versus AD remain underdeveloped.

One way to encourage them is to ensure that extensive phenotypic information is gathered and databased properly for everyone entering a GWAS so both genotype and phenotype can be mined. Then GWAS data can be analyzed specifically for people who were exposed to head trauma or infections, or people who exercise or follow certain diets. In phenotypically characterized subgroups, signals that formerly fell short of genomewide significance might rise above that threshold.

In addition, GWAS data could be re-analyzed for variants of all known genes of a given pathway. This would reveal if their relative contributions to risk are additive, as was seen in fly genetics. High-risk but rare variants might come up when analyzed as part of a pathway. For example, both genetics and molecular biology indicate that calcineurin may represent one pathway connecting Aβ and tau; GWAS datasets could be probed in search of additional variants in this pathway. (One note of caution: When re-analyzing publicly available data such as GWAS, scientists should acknowledge the problem of multiple testing by disclosing what database was used.)

A practical impediment to this research is that, to date, AD GWAS have not collected phenotypic information extensively. A better source of phenotypic information than current GWAS samples are longitudinal aging cohorts and brain banks. Some of them are adding GWAS, and at that point they will provide a rich dataset for focused genetic analysis of phenotypic profiles. To add another well-phenotyped source of data, the NIA-funded federal network of Alzheimer's Disease Research Centers could ensure that every patient seen in their memory clinics is encouraged to have a GWAS as part of their Uniform Data Set, which is uploaded to the National Alzheimer’s Coordinating Center.

Large-scale sequencing now proceeds in different centers. Therefore, an initiative to build and host a publicly accessible database into which geneticists can upload all sequence data for the research community to mine becomes an infrastructure priority to advance the field.

Overall, the neurodegenerative disease and aging research communities are too segregated. The group noted that the existence of separate sections focused on AD and on aging at the National Institute on Aging tends to fragment AD research. The NIA supports segregated networks at universities nationwide of Claude Pepper Centers for Aging Research and of Alzheimer's Disease Research Centers; it should encourage more interaction between them. Another way to accomplish interaction is for conferences such as the Keystone, Gordon, and Cold Spring Harbor series to integrate aging and neurodegeneration to foster greater communication and collaboration among these communities.—Gabrielle Strobel. 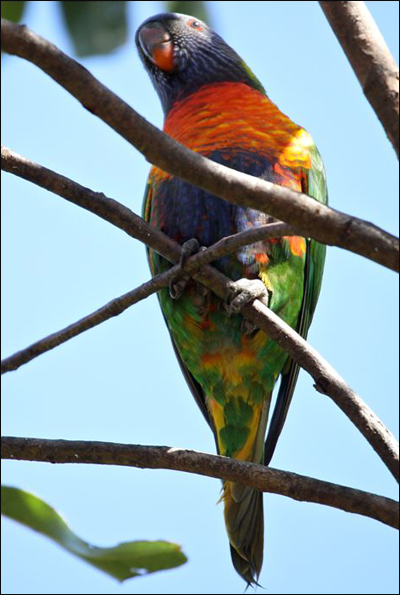