Because protein aggregation occurs in all age-related neurodegenerative diseases, understanding protein homeostasis inside neurons is a priority. Research into the cellular proteostasis network has yielded basic insight into proteome stability in some model systems. The cell maintains a relative balance of synthesis, folding, degradation, and aggregation; the factors controlling this homeostasis and how they change with age should be identified. In small-animal models, it has become clear that neurodegenerative disease proteins challenge the stability of the proteome and have adverse consequences for other proteins and the cell globally. For example, an aggregation-prone protein such as Aβ42 can amplify aggregation of different proteins, wreaking "collateral damage." Once translated to humans, these processes could explain some of the mixed pathologies that are common to Alzheimer’s, Parkinson’s and dementia with Lewy bodies (DLB), or to frontotemporal dementia (FTD) and amyotrophic lateral sclerosis (ALS).

Small-molecule screens for compounds that activate known proteostasis regulators such as certain chaperones, the unfolded protein response, or an antioxidant response may generate therapies that could complement protein-specific therapies such as anti-Aβ antibodies or protease inhibitors.

The absence of sensors of the proteostasis network is a key bottleneck in the field. Scientists need sensors to follow in real time how the network changes in age and disease. Such sensors could monitor how changes in the environment (i.e., oxidative or ER stress) alter the relative proportion of specific disease proteins. Vice versa, sensors could track how the accumulation of a single aggregation-prone protein (e.g., Aβ, tau, or α-synuclein) affects other metastable proteins and the proteome at large. The majority of protein components in amyloid plaques, neurofibrillary tangles, and Lewy bodies are prone to aggregation in C. elegans. Sensing reagents and localization tools are needed for all major proteins that build up in AD, as well as for chaperones and autophagy.

In this area, specific instances of human translation are already possible, for example, stable isotope labeling of Aβ metabolism in human CSF. This method could address how production and clearance changes between young and old people. Beyond Aβ, such labeling could be developed for other proteins, particularly ApoE, α-synuclein, and tau. For example, a slight distortion of the splicing of tau mRNA into 3-repeat (3R) and 4R tau is known to upset the balance of tau protein isoforms and lead to FTD. But no one knows the relative amounts and compartmentalization of these species in human brain normally, with age, and pathologically in FTD. Reagents are needed that can define the gemischte of tau protein components that are likely to co-occur in the human brain. This knowledge could then be back-translated into model systems for mechanistic study. This kind of research calls for collaborations of labs with the requisite skill sets, as few labs have expertise in both human tissue and animal tissue/small-animal models.

More generally, intensive discovery work on tau could greatly advance drug development across a range of neurodegenerative diseases and build the needed components for combination therapies. This has yet to happen; to this day, few tau-based treatments have entered clinical trials.

Beyond tau, methods should be developed to measure protein turnover rate in a proteomic fashion, or for certain groups of proteins in a disease-enriched fashion. This fundamental biology can be applied to understand if amyloid causes the co-occurring proteopathies in AD, i.e., deposits of tau, α-synuclein, and TDP-43. What is it that makes some young people with presumably normal proteostasis develop Aβ and tau or α-synuclein aggregation as they age? Does aggregation of one protein seed the other, directly or indirectly? Does this happen in people? A directed study of the interaction of these proteins’ proteostasis should be done.

Based largely on postmortem pathology, the observation of mixed disease is robust; however, debate abounds regarding the underlying toxic mechanisms early on in disease. Scientists increasingly doubt whether microscopic deposits of any of these disease proteins are to blame. Instead, smaller aggregates show toxicity in a growing number of experimental systems. And for some proteins, such as TDP-43, loss of nuclear function brought on by mislocalization to the cytoplasm is thought to be the root of the problem.

As in genetics, known environmental risk factors should be examined in the context of proteostasis. Does head trauma affect proteostasis sensors? A ketogenic diet? Sleep? Metabolic syndrome? Exercise?

An old question in AD research is, What makes some regions supremely vulnerable to the disease but relatively spares others. This question, too, might be freshly approached from the perspective of protein homeostasis. Unpublished mouse models expressing an FTD mutant of human tau predominantly in the entorhinal cortex (EC) display a regional progression of neurofibrillary pathology as seen in AD. From its expression site in the EC, the aggregated tau propagates, presumably monosynaptically, to anatomically connected projection fields in the hippocampus and later to subcortical nuclei and cortical regions. Separate cell culture experiments suggest that tau fluxes in and out of cells continuously, entering recipient cells through endocytosis and possibly "converting" tau there into an aggregated form. Cellular mechanisms of this movement, or any subsequent induction of misfolding, are unclear. Research needs to identify the species that spread, and investigate whether this spreading is the consequence of differences in protein isoform or post-translational modification in the neurons that take up the "seed" and may be selectively vulnerable to it. The human relevance of this phenomenon needs to be clarified.

In essence, the new mouse strains model the staging of AD pathology as laid out by Braak. Similarly, spread of pathology along functionally connected regions has been postulated for α-synuclein in Parkinson’s disease (see ARF series). Functional MRI of the connectivity of the affected networks, as well as emerging methods for minimally invasive optical connectivity imaging in mice (White et al., 2011), now enable integrated study of functional and pathologic spread of disease; proteostasis sensors would amplify these studies further. In general, mouse neuroimaging methods should be more tightly integrated with molecular and anatomic research of the requisite models. In human neuroimaging, information from the ongoing Human Connectome Project of normal brain could be integrated with the rapidly growing connectivity data from AD patients. In particular, the selective vulnerability of the default-mode network deserves close study. Overall, research on selective vulnerability should move beyond cell-autonomous processes to examine neural circuits and networks.—Gabrielle Strobel. 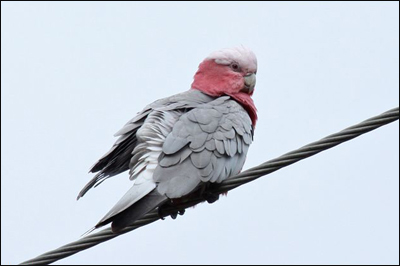