Despite evidence of a link between post-traumatic stress disorder (PTSD) and dementia, the picture remains hazy, and bringing it into focus will require animal studies and human neuroimaging. As detailed in Part 5, Kristine Yaffe, at the San Francisco VA Medical Center and the University of California in San Francisco, uncovered a connection between PTSD and dementia risk in a large prospective study. She will follow up on this work by comparing imaging and neuropsychologic profiles of people with PTSD to those of people with dementia, looking for mechanisms that connect the disorders.

Pathological scrutiny of PTSD brains may also yield clues. Ann McKee at the Bedford VA Medical Center, Massachusetts, who runs several brain banks, is hoping to establish a VA brain bank specific for PTSD. From the few PTSD brains she has examined to date, she believes there may be some overlaps between PTSD-related changes and those seen in other disorders such as chronic traumatic encephalopathy. One problem is that “PTSD at this point is a heterogeneous grab bag of different diseases,” McKee said. “We need to focus on strict criteria for PTSD.” However, Elaine Peskind at the VA Puget Sound, Seattle, Washington, noted that from a clinician’s point of view, PTSD symptoms are easily recognizable and measurable, making the diagnosis straight-forward.

Several researchers agree that longitudinal studies offer the best chance to establish if PTSD is a true risk factor for dementia. Such studies are difficult and expensive. Researchers would have to choose a population of people at high risk of experiencing traumatic events, and follow them for a long time to see who gets PTSD and who later develops dementia. A slightly easier job would be to use longitudinal studies to examine whether a small hippocampus, or some other structural feature, predisposes to PTSD, as some research suggests. Schuff said researchers could collaborate with the Department of Defense to perform brain scans on soldiers before and after deployment, and look for patterns in regard to which soldiers develop PTSD. Another option would be to study civilians in dangerous jobs, such as police officers or rescue workers.

If PTSD-related brain changes do increase the risk of dementia, then one of the most important questions to address is whether treating PTSD will lower that risk, Yaffe said. No one knows the answer, but promising clues exist. In a study of 244 Gulf War veterans, Schuff and colleagues found that a small hippocampus correlated with a current diagnosis of PTSD, but not with a past diagnosis (see Apfel et al., 2011). That implies either that a small hippocampus is a risk factor for failure to recover from the disorder, or, more hopefully, that the hippocampus may return to normal as PTSD symptoms subside. 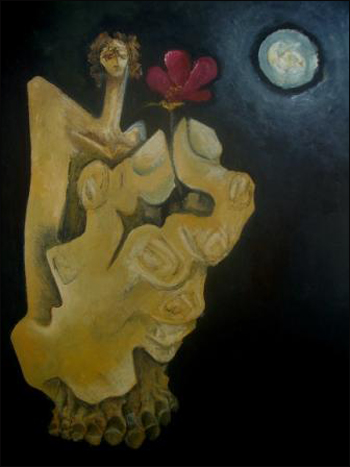 Unfortunately, effective treatments for PTSD are scarce. A 2007 report by the Institute of Medicine found evidence of efficacy for only one behavioral intervention, exposure-based therapy. The FDA has approved two medications to treat trauma, sertraline (Zoloft) and paroxetine (Paxil). All of these interventions work best for civilian trauma, however. No approved treatment has shown robust efficacy for combat veterans, whose PTSD often results from repeated traumas.

Several pharmaceutical agents are in clinical trials. One of the more exciting options is an FDA-approved anti-hypertensive medication called prazosin that acts to block the effects of adrenaline. Occasional side effects can include dizziness, fatigue, and nausea. In a small preliminary study, work by Murray Raskind, also at the VA Puget Sound, and Peskind has shown that this α-blocker can relieve nightmares and help active-duty soldiers with PTSD sleep better (see Calohan et al., 2010). Prazosin works even for veterans from the Vietnam War and World War II who have longstanding cases of PTSD, Peskind said (see Raskind et al., 2007; Raskind et al., 2003), and for civilians as well (see Taylor et al., 2008). The drug has also been used to calm agitation in people with AD (see Wang et al., 2009).

Raskind and Peskind are currently conducting a large 13-site VA cooperative study of prazosin for combat trauma. Raskind is also leading a Department of Defense study examining the effects of prazosin in active-duty military at Fort Lewis, Washington. Early results are promising, Peskind said. If the findings hold up, she believes prazosin may soon see widespread use in the VA and military for treating PTSD-related sleep disturbances. “We are very hopeful for being able to help this new generation of veterans,” Peskind said.

Intriguingly, the same medication has also shown promise for treating migraine headaches, which happen to be one of the most frequent symptoms of brain injury. When veterans were given prazosin after concussions, they reported fewer and milder headaches, slept better, and improved by four points on the Montreal Cognitive Assessment (see Ruff et al., 2009).

Better zzz’s may have far-reaching cognitive benefits. PTSD is often associated with nightmares and insomnia, and lack of sleep has numerous bad effects on the brain. For example, in animals, sleep deprivation blunts hippocampal-dependent learning and stops the birth of new neurons in this region (see Hairston et al., 2005). Schuff’s group found that in PTSD patients, the severity of insomnia correlated with volume loss in the dentate gyrus, suggesting that sleeplessness suppressed neurogenesis (see Neylan et al., 2010). “Sleep studies are a very strong component in PTSD [research],” Schuff said. Sleep loss has been tied to higher levels of Aβ in mouse models, suggesting a mechanism whereby chronic lack of sleep could predispose to AD (see ARF related news story on Kang et al., 2009).

Other PTSD drugs are in trials, but with mixed results so far. Roger Pitman at Massachusetts General Hospital, Boston, is excited by the use of the NMDA receptor agonist D-cycloserine, administered immediately following cognitive behavioral therapy, to help extinguish the fear response (see Davis et al., 2006 and Norberg et al., 2008). The drug has shown benefits in animal models (see Yamamoto et al., 2008), and for anxiety disorders (see, e.g., Ressler et al., 2004). However, in a previous small PTSD trial, the drug did not outperform placebo (see Heresco-Levy et al., 2002 and Internal Medicine News story).

Pitman is also studying the benefits of propanolol, a β-blocker used to treat hypertension and heart conditions, to prevent PTSD symptoms. When administered shortly after a trauma, it appears to lessen the incidence of PTSD (see Vaiva et al., 2003). Pitman and colleagues have also shown it can help reduce symptoms in established cases of PTSD when given immediately after reactivating traumatic memories (Brunet et al., 2008), and they are continuing to pursue this approach. So far, however, a randomized controlled trial of more than 500 people admitted to emergency rooms after a trauma found that propanolol was no better than placebo at preventing PTSD (see Stein et al., 2007).

No one has yet found a magic bullet. For both PTSD and traumatic brain injury, science has just begun venturing into largely unexplored land. Much more research will be needed to conquer this new frontier. Indeed, interested scientists will have a chance to show their data and learn the latest at a Keystone conference that is devoted to traumatic encephalopathies and will run jointly with another conference on ApoE and AD. Co-organized by Sam Gandy, Steven DeKosky, and Ann McKee, the meeting calls for abstracts this fall, so now is the time to put on thinking caps, run experiments, and crunch the data.—Madolyn Bowman Rogers.