Ladies and gents, don your thinking caps. What is a simple, cost-effective way to diagnose and track Alzheimer's disease? The answer may be worth a $175,000 prize. Co-sponsors Geoffrey Beene Gives Back® Alzheimer’s Initiative (GBGBAI), the Alzheimer’s Immunotherapy Program (AIP) of Janssen Alzheimer Immunotherapy, and Pfizer Inc. announced the Alzheimer's Challenge 2012 at the Centers for Medicare and Medicaid Services (CMS) Care Innovations Summit on 26 January 2012 in Washington, DC. The goal of the challenge is to solicit creative ideas from people both within Alzheimer's research and outside the field about how to catch AD at its earliest stages and track its progression over time. 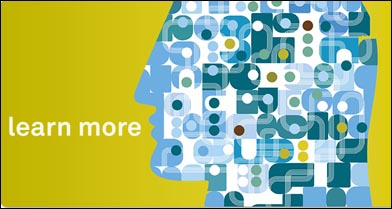 "The medical and scientific understanding of Alzheimer's has progressed significantly, but we've got a long way to go," Michael Williams of Pfizer’s Primary Care Business Unit told ARF in an interview. "If the diagnosis could occur in a more timely way, and we had the ability to track the disease, then maybe family members and patients could plan better for the disease’s progression." Research on early diagnosis and tracking is being done in settings across the nation and beyond; this prize aims at an affordable solution suitable to primary care or even home-based or portable progression tracking.

Judges will take submissions through 16 March 2012 for ways in which doctors, caregivers, and patients might assess memory, mood, thinking, and activity level over time. Simple, cost-effective, minimally invasive, and reliable tests are key, Williams said in his presentation. Five finalists will be announced on 16 April 2012, each of whom will receive $25,000 in seed money to begin their projects. In mid-June, the finalist groups will present their projects to judges, and the winner will be awarded $175,000.

GBGBAI will partner with InnoCentive, a crowd-sourcing company based in Waltham, Massachusetts, and the USAgainstAlzheimer's Network, an advocacy group based in Washington, DC, to issue additional challenges in the next year in a program named "The AD Global Grand Challenge," said Meryl Comer, the organization's president. Scientists will design each phase, tackling a different problem in early diagnosis, treatment, or prevention. "We are mixing AD scientists with people in artificial intelligence, robotics, and gaming to try to come up with solutions," Comer told ARF in an interview. For more information, including complete description, rules, judging criteria, timeline, and submission form, see the Alzheimer's Challenge 2012 website.—Gwyneth Dickey Zakaib.