Sometimes in science, a concept lingers unattended in the collective back of researchers’ minds for years; they sense there’s something important to it but aren’t ready to grasp it head-on. Then something changes and, voila, the concept moves front and center. Such was the case with the issue of overlap in the major neurodegenerative diseases at the 9th International Conference AD/PD held 11-15 March in the Czech capital city of Prague. Previous AD/PD conferences had reflected the de-facto separation in the daily work of most scientists and clinicians in this field. Even though they spent days under the same roof, by and large the movement disorder people went to one meeting and the dementia people to another. But Prague was different. Rather than being treated as an inconvenient side issue that blurred boundaries, the extensive and multitudinous overlap between Alzheimer and Parkinson diseases (and also the frontotemporal dementias) was the focus of presentations and hallway discussion. Much of the buzz about this topic had spilled over into Prague from a preceding workshop in the former Royal German city of Kassel that had focused on dementia with Lewy bodies (DLB) and Parkinson disease dementia (PDD). These are two underappreciated conditions that occupy a large area of overlap between AD and PD. From 8-10 March, co-organizer Brit Mollenhauer of the Paracelsus-Elena-Klinik in Kassel had convened a group of investigators around the goals of sharing the latest insight and hammering out a research agenda to speed progress and fight for recognition of these betwixt diseases.

Once the overlap between two neurodegenerative diseases, not their differences, becomes the center of attention, the story changes in many ways, scientists said. Individual cases are comfortably seen as falling on a spectrum rather than having to fit into this box or that, and the view of the diagnosing physician changes such that (s)he expects and accommodates large numbers of mixed cases. Perhaps most importantly, the search for protein-based biomarkers—from fluid biochemistry to imaging—to tease out which underlying proteins drive a given person’s disease, assumes paramount importance.

Traditionally, neurodegenerative diseases have been classified clinically, as physicians grouped them into boxes based on the preponderance of signs their patient presented—movement abnormalities in PD, cognitive deficits in AD at its simplest. Separately, pathologists described postmortem brain abnormalities and tried to match them up with symptoms. That clinico-pathological pairing is descriptive, and it has been refined in recent years. But in reality, the pathology, seen years after diagnosis, often poorly matches the clinical diagnosis a patient had received. Or it even calls the diagnosis into question when, for example, a patient diagnosed as having AD turns out to have had extensive α-synuclein but little tau pathology in the brain.

“There has been a conceptual shift in neurodegeneration research. Until recently the focus was on factors that distinguish between these disorders. But now we recognize that there is extensive overlap at the pathological level and the clinical level, which does not fully match the genetics. So it is difficult to distinguish cleanly by means of clinical, pathological, or genetic determination alone,” said Kristel Sleegers of VIB in Belgium.

As science advances, the diagnosis of neurodegenerative diseases beyond AD itself will become increasingly molecular in an effort to pin down the pathogenic proteins that drive an individual person’s disease rather than focus primarily on the symptoms. “In time, we will shift away from relying on clinical categorization to make diagnoses,” said James Galvin of Washington University, St. Louis. “We will make protein diagnoses. The way to get there is to understand underlying pathways and to develop a range of biomarkers.”

The need for protein markers (and eventually also RNA- and lipid-based markers) as sorting tools is evident from even a cursory look at how varied these diseases can be. For example, scientists are realizing that what looks like a single clinical entity has multiple causes. To quote but one emerging example, new studies of Parkinson disease patients are fingering the gene for Gaucher disease, as well as a high-expression variant of the protein tau (see Part 9, Part 2 in this series). Vice versa, a single pathogenic mutation, for example, in the gene progranulin, has been reported to manifest itself in the form of frontotemporal dementia, Parkinson’s, or even Alzheimer’s in affected members of one and the same family.

Confused already? Read on; there’s more. DLB and PDD define a spectrum going from AD to PD that hinges on the specifics of aggregation of Aβ, tau, and α-synuclein, but it is not the only spectrum at play. There is also a spectrum going from frontotemporal dementias to amyotrophic lateral sclerosis that hinges on loss of progranulin protein and accumulation of ubiquitin and TAR DNA-binding protein 43 (TDP43). Deposits of the latter have been reported in a significant fraction of AD cases, even, though whether they are mechanistically important to disease is entirely unclear at this point. And, of course, it matters greatly where a pathologic protein acts. For example, of the wide range of disorders blamed on α-synuclein—the Lewy body diseases—one particularly severe one called multiple system atrophy stands out by exhibiting this pathology primarily in oligodendroglia, not neurons. Yet another spectrum talks of tauopathy in parkinsonism (see Part 2 of this series.) The number of invoked spectra conjure up a mental image less of a linear continuum between, say, blue and green, but more of a color wheel. Scientists readily agree that there are many more examples for heterogeneity at the clinical, pathological, and genetic levels.

“People are talking in terms of spectra now because the pure forms of these diseases are less common than we used to think, and the overlap is incredibly large,” said Galvin. “Once you focus on patients in the overlap, you see that they are different from those with the pure forms of disease. That is why molecular diagnoses are going to be critical for this field.”

Molecular diagnoses will require fluid or imaging markers based on individual proteins that drive disease either alone or in various combinations. The range of candidates is expanding well beyond the known ones such as amyloid-β, tau, to now include α-synuclein (Part 6 of this series), progranulin (Part 7), TDP43, glucocerebrosidase (see Part 9), and brain imaging based on neurotransmitter transporters (see Part 5 of this series. Such tests are being aggressively pursued in different labs.

Besides offering a more precise diagnosis, such tests may help scientists define what molecular interactions underlie yet another phenomenon scientists emphasized both in Kassel and in Prague—namely that when two of these proteins go awry in one person, they tend to heat up the pathogenic process and worsen the resulting clinical disease in a given person. “There’s an emerging realization that whenever two pathologies occur together, they accelerate disease,” said Michael Schlossmacher of the University of Ottawa, Canada. This, in turn, has created interest in studying possible links between the underlying proteins at the monomeric and oligomeric level (see Part 4 of this series).

The esteemed reader trying to keep track of these blurring boundaries might take solace in remembering that this added layer of complexity comes on top of a much simpler, underlying rule that has found wide acceptance across the field of neurodegeneration. It is that for the established, major proteins causing neurodegeneration when they aggregate —Aβ/amyloidoses, α-synuclein/synucleinopathies, tau/tauopathies, prp/prion diseases—mutations or duplication of the gene cause familial forms, whereas overproduction alleles raise the risk of sporadic forms. “This blindingly simple categorization is true for all of these diseases. The more you make of these proteins, the earlier you get the disease,” John Hardy of University College, London, UK, said in Prague. And as a possible yang to this yin, the opposite trend is just beginning to emerge for progranulin and perhaps even the newest neurodegenerative disease protein, glucocerebrosidase. There, early indications are that disease risk goes up the less a person makes of the protein.—Gabrielle Strobel. 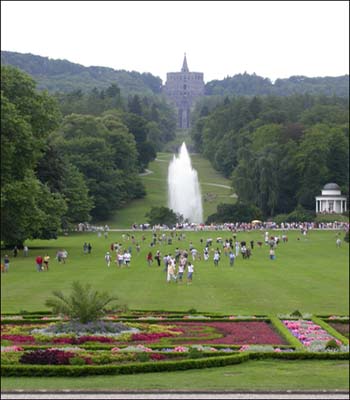