In current affairs, sometimes the recently retired general gives the best advice. He speaks from experience and from the heart, no longer toeing the party line. Researchers at the Clinical Trials in Alzheimer’s Disease (CTAD) conference, held November 20 to 22 in Philadelphia, got their version of frank talk from Rusty Katz. In 2013, Katz retired—to widespread regret—from his post as director of the Food and Drug Agency’s Division of Neurology Products after 30 years with the agency. Having facilitated drug evaluation at earlier disease stages, Katz promised to stay engaged. And he does.

At CTAD, Katz urged the field to stop obsessing over disease modification, echoing a sentiment expressed earlier that day by Rachelle Doody of Baylor College of Medicine in Houston (see Doody 2008). Instead, people should focus squarely on achieving a large therapeutic effect. This, Katz said, is the way to honor the Obama administration’s National Plan to Address Alzheimer’s Disease. Where to find those big effects? Try combination trials, Katz said. He challenged the field not to hide behind regulatory obstacles. FDA guidance for this exists, waiting for trialists to rise to the task.

Katz’s keynote garnered rousing applause. Subsequent speakers and hallway commentators alike praised it. Will it change the conversation? Below, detailed excerpts from his talk.—Gabrielle Strobel 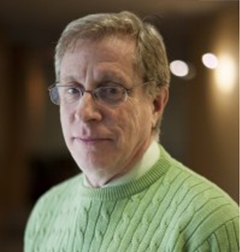 “I want to talk to you about an approach I believe the field should pursue aggressively. I encourage you to consider adopting it as a field and committing yourselves to it now or in the very near future.

“In 2012, the Obama administration announced a national plan to combat Alzheimer’s disease. Do we talk about this anymore? The plan is ambitious. The first of its five goals is the development of an effective prevention or treatment for AD by 2025. That is not far in the future. It is a serious plan, a serious goal. We ought to keep it in mind.

“Nowadays, everybody talks about treatments designed to slow disease progression. I think this is a psychological problem. It is a conversation stopper. The Holy Grail is disease modification, and we think once we do that we are more or less done.

“I think we conflate disease modification with a very large, important effect. But of course these are completely different things: You can have an effect on disease progression that is very small. That, I would submit, is not what the formulators of the national plan had in mind.

“I agree when Rachelle Doody says we ought not to think so much about disease progression. It really is a distraction. Why?

“We said the agency will consider an effect on a clinical outcome and a biomarker as possibly demonstrating an effect on disease progression. You ask: ‘Which biomarker?’ We say: ‘We do not know. Just measure a lot of them and at the end we will sort it out.’ This reflected the state of the science at the time, but it violates our principle of prospectively designating primary outcomes.

“We also recommended using randomized start or withdrawal designs, but these studies are very complicated and entail numerous assumptions that might not turn out to be true.

“We do not know how to establish disease progression with certainty. It is quite possible that you might develop a drug that is disease-modifying but you can’t establish that to the agency’s satisfaction. There are many things that are true but that can’t be established for certain.

“Getting a claim for disease progression is very difficult. Why all the effort to design a study that will come up with evidence about modifying progression that the agency may or may not find convincing? Why bother putting that package together?

“We all want approved treatments that have big effects. That is where the focus should be.

“One thing to consider [is] the multiple pathologies beyond amyloid and tau that are in the Alzheimer's brain early on. They are being talked about a lot at numerous meetings. Many are intrinsic to Alzheimer’s and related to amyloid and tau, but there are also comorbidities, for example hypertension, diabetes, inflammatory disease, Lewy bodies, hippocampal sclerosis, TDP43 deposits, vascular disease.

“The existence of these pathologies and comorbidities argues for a multi-target approach. In my view and in the view of many people, this clearly argues for developing combination therapies.

“We have advice for this. The agency’s Guidance for Codevelopment of Two or More New Investigational Drugs for Use in Combination, issued last year, discusses how to go about it. By the way, the document says ‘two or more.’ When I say ‘combination,’ most people think ‘two.’ But there can be three, there can be four, there can be more.

“The guidance says such combinations are appropriate when there is a serious condition, a strong biological rationale for combining therapies, when a nonclinical or short clinical study suggests that the combination is superior to the available therapy. Also when there is a compelling reason why the individual components cannot be developed independently. It is easy to make the case that all these criteria are met for Alzheimer’s disease. That is not controversial at all.

“The two big issues in co-developing investigational drugs are the non-clinical and the clinical requirements. Let’s look at them. The non-clinical safety studies for combinations are handled in Guidance M3(R2). It talks about early stage and late-stage entities; the former don’t have much clinical data, the latter do.

“For the clinical studies, you have to show that each component makes a contribution to the effect of the combination. This is a reasonable premise to ensure people do not take unnecessary drugs. In Phase 1 you should do something for each component individually, in Phase 2 you can attempt proof of concept for the combination. The guidance asks that you ‘further demonstrate the contribution of each drug to the extent possible and needed, i.e., the extent not sufficiently established by existing data.’ How do you show a contribution of each component? The guidance does not require any set level of statistical evidence, it just says you ought to attempt proof of concept in Phase 2.

“Typically people use a factorial design for combinations of two drugs, i.e., AB vs. A vs. B. For a combination of three or four components it is unclear what a factorial design would look like, but it is likely to be large and complicated. So the question is: Is it necessary? Could it be shown in animals instead? I do not know. But the guidance says: ‘Full factorial studies in Phase 3 need not always be performed.’ The critical point in the guidance may be this: ‘If findings from in vivo or in vitro models and/or a Phase 2 trial adequately demonstrate the contribution of each new investigational drug to the combination, Phase 3 trials comparing the full combination to a control or placebo generally will be sufficient to establish effectiveness.’

“At least to me, this means that animal or in vitro data may be able to demonstrate the contribution of each component, hence Phase 3 really does not have to be terribly complicated. This is very much worth keeping in mind.

“There has been considerable reluctance to doing combination studies. Arguments I have heard include cost, risk, poor correlation between animal and human. Yes, but that is true in most diseases. We deal with this all the time. Target validation is a big question. How do you know you have engaged the target? That, too, is true in all sorts of indications.

“Intellectual property questions are cited. How do you share data with other companies if you develop a combination together? You just need to think through these problems and solve them.

“Some of you believe you need to fully develop the individual components first. Please be clear that that is not necessary. There are paths to develop two, three, or four investigational drugs together from Day One. Some problems I hear cited are real, others are just misperceptions, but the important thing is: they all can be dealt with.

“One way to approach combinations is with adaptive clinical trial designs. The agency in 2010 issued a draft guidance on this (see FDA Guidance). Adaptive designs have to be planned well and they are complex. However, from a clinical perspective they are more efficient designs. This guidance tells you that almost all aspects of a trial can be adapted: from eligibility criteria, randomization, treatment regimens and arms, sample size, even to some endpoints.

“The main worry with adaptive designs is the danger of inflation of type-one error, and the document is mainly concerned with avoiding that. This is a big area I cannot discuss fully, but I encourage you to use adaptive designs for exploratory studies, Phase 1 and 2.

“One example of an adaptive design worth highlighting is the futility study. Its purpose is to figure out early that your treatment does not work. That’s the goal. You do this early in Phase 2. You set a treatment effect that you want to see and you declare futility if your treatment does not reach that effect size. This is critical for the point I am trying to make: that we are looking for a large effect.

“A futility study helps you figure out early if your drug or your combination is going to have a big effect. You can do this in one trial with different combinations of drugs A, B, and C. This is very important: Remember we are looking for large effects.

“At this point in time, we should focus on large effects regardless of whether they are disease-modifying or—more accurately—whether we can tell if they are. Whether a treatment is disease-modifying or not is not particularly important to patients. Of course, the agency will continue to approve treatments with small effects. The agency typically does; I spent 30 years doing that. But think about it: Is it too radical to suggest that maybe we should pass up those treatments? That we should design trials to get rid of small effects early and deliberately go after large effects?

“I hope you see that FDA regulations permit the development of combination therapy regardless of the development stage of the components. Paths are laid out to help people do that.

“Adaptive design at all phases can be helpful in expediting the approval of combinations. But let’s not fool ourselves: These studies are complicated. They require a lot of planning, and there is little neurology experience with them in the field and at the FDA. People in other fields have a lot experience, however, and I encourage you to engage those people.

“It makes sense to start planning an infrastructure now. A group could decide what combinations to study, begin to design trials, and involve multiple companies and the FDA in this early effort. I would hope the agency is interested in collaborating with that. Especially in the design of Phase 2 studies to establish the contribution of each component, you would want their input early on.

“The clock is ticking. There’s a plan out there. Those of us who were alive in the ’60s remember President Kennedy’s 1961 goal of reaching the moon by the end of the decade. We have a few more years to reach our goal than they had. They were only dealing with the laws of physics and we are dealing with the human brain, which is more complicated, to be sure. But nonetheless, they focused on their goal, and they met it.”