If things go Robert Moir’s way, the weird and wonderful world of microbes may hand the field of Alzheimer disease research a physiological function for Aβ in the peptide’s 25th anniversary year (Glenner and Wong, 1984). In his talk at the 9th International Conference AD/PD, which unfolded 11-15 March in the Czech capital of Prague, Moir, a feisty Aussie at the Genetics and Aging Research Unit at Massachusetts General Hospital in Charlestown, came to the defense of the much maligned protein. Aβ is more than an evildoing piece of junk, Moir said, claiming that it defends the body day in and day out as part of the evolutionarily ancient innate immune system. “Aβ is a broad-spectrum antimicrobial peptide that shows bacteriostatic activity against clinically important organisms at concentrations similar to those of LL-37, an archetypal human AMP,” Moir said in his talk. Viewed from this angle, the properties Aβ has accrued in the AD literature would no longer seem to be so abnormal. “They are entirely consistent with what AMPs do,” Moir said.

What causes antimicrobial defense to go south toward Alzheimer disease pathology is unknown, but in his talk at AD/PD, Rudy Tanzi, who directs the Genetics and Aging Research unit at MGH, offered genetic hints that might provide reason to investigate further. Genomewide association screens for AD that Tanzi’s group is currently conducting are generating signals from genes involved in the molecular skirmishes that have evolved between host and microbes, as well as from genes whose proteins signal to activate the innate immune system. CD33 is one of four genes recently published to have genomewide significance (Bertram et al., 2008). CD33 plays a role in the innate immune system, and other such genes came up just below the threshold of significance. “These genes kept hitting us over the head that something must be going on with innate immunity,” Tanzi said. “Conceivably, it could be that if you have inherited weak risk alleles in innate immunity components that are less active, the body might compensate by making more Aβ to fight off infections.” Moir, Tanzi, and James Kirby, an infectious disease specialist at Beth Israel Deaconess Hospital in Boston, struck up a three-way collaboration to pursue the idea, and Moir presented the data in Prague.

For his part, Moir had his curiosity piqued by his weekly playtime before Friday beer hour, when he surfs PubMed for interesting papers until he gets bored and goes to grab his brew. “One day I perused AMPs and noticed similarities to Aβ, so I looked, and looked some more for three months. I scoured the literature and now my list of papers on similarities between Aβ and AMPs is 200 citations long,” Moir said.

For comparison, take cathelicidin, aka LL-37, an established human AMP found in leukocytes and macrophages. Its proven arsenal includes killing bacteria, viruses, virus-infected and even cancer cells, as well as attacking the mitochondria of parasites. Moir began his talk by flashing a list of commonalities between LL-37 and Aβ that includes these features: both are small, secreted, pro-inflammatory peptides; both form amyloid fibers, aggregate best in the presence of membranes, and associate with plaque lesions (atherosclerotic plaque in the case of LL-37). Their most potent cytotoxic forms are oligomers; both are fairly protease-resistant, bind apolipoproteins, and activate the innate immune system. “Almost every major property of LL-37 is described in the AD literature as a pathological property of Aβ,” Moir said.

This prompted the scientists to test whether Aβ kills microbes. In Prague, Moir presented results comparing LL-37 and Aβ in standard assays establishing the minimal inhibitory concentration at which each peptide eliminates half of the microbes present. In this experiment, Aβ’s MIC was in the low micromolar range, the same as that of LL-37 (see, e.g., Johansson et al., 1998). Aβ was active in this way on E. coli, staphylococci, Listeria monocytogenes, the Borrelia spirochete, Helicobacter pylorus, Chlamydia pneumoniae, the fungus Candida albicans and other pathogens. Aβ42 is slightly more potent than Aβ40, and both tend to be more bacteriostatic than bacteriocidal, Moir noted. In comparing the potency of Aβ oligomers against neurons and against microbes, Moir claimed a difference of at least one order of magnitude. “Aβ is more bacteriotoxic than neurotoxic,” Moir said, adding that that, too, is consistent with a primary role in innate immunity.

Turning the tables, the scientists then took some of what they knew about Aβ and tried it on LL-37. For one, it is known that certain metals mediate Aβ oligomerization, whereas the role of metals is mostly absent from the AMP literature. In experiments with LL-37, trace amounts of copper mediated formation of dimers and trimers, and it was oligomeric species, not the monomer, that attacked bugs, Moir reported in Prague. For another, Aβ’s ability to generate hydrogen peroxide is known as part of its neurotoxic weaponry. This oxidizing acid, as well as oxygen radicals, is also known to form part of a host’s defense mechanism against microbes but was not considered part of the AMP arsenal. In Prague, Moir showed data suggesting that LL-37 generates hydrogen peroxide, and indeed might deploy it twice against bacterial membranes—first generating H2O2 from membrane phospholipids and then unleashing it on the membrane for further oxidative damage.

One reason why microbiologists may have overlooked Aβ is that most AMPs are cationic peptides, whereas Aβ is anionic. But by now some anionic AMPs are known, and the general view is that both anionic and cationic AMPs have evolved as part of the measures and countermeasures that host and microbe inflict on each other, Moir said.

AMPs are evolutionarily ancient. Organisms as old as horseshoe crabs use them, as do even bacteria in their war against other bacteria. The innate immune system precedes the adaptive immune system. Unlike the adaptive system, which selectively expands responsive B and T cells to mount a bigger response after it re-encounters a known intruder, the innate immune system responds in the same way every time. The innate immune system has been implicated in AD before (e.g., Giunta et al., 2008; Macchioni et al., 2009). For example, some of its signaling pathways through toll-like receptors are beginning to generate a small literature in AD research (e.g., Lotz et al., 2005; Walter et al., 2007; Scholtzova et al., 2009; Tan et al., 2008; Udan et al., 2008). Many prior studies focused on activation of these pathways by Aβ, but toll-like receptors act even upstream of that, whereby bacterial ligands such as lipopolysaccharide (LPS) activate these receptors, which then signal to increase expression of AMPs, Moir said.

Another parallel from the AMP literature lies in neutrophil extracellular traps (NETs). These are known from horseshoe crabs and spiders, whose own blood-derived AMPs rapidly coagulate a crystalline material around infectious agents to entrap them. It’s basically a proteinaceous net that immobilizes and then kills the pathogen. These NETs occur in human inflammatory reactions against bacterial infection as well (see Brinkmann et al., 2004).

“We think Brad Hyman’s observation that plaques can form very fast is a key one,” Moir said. “You could speculate that amyloid deposition is not just a question of Aβ concentration rising to a threshold level, but that physiologically, it can be an active process to entrap an infection.” This would raise the question of whether inside every plaque lie the remains of a microbe.

In higher organisms, platelets contribute to NETs in blood in cases of extreme bacterial infection (Clark et al., 2007). Platelets are (besides muscle) the leading known source of Aβ outside the brain. There is at present no data to indicate that Aβ plays a role in mopping up pathogens that enter the bloodstream, though it is known that APP in platelets functions in blood clotting. Other scientists have reported that both LL-37 and Aβ42 can attract leukocytes (Le et al., 2002).

In Prague, this talk generated the kind of healthy “show-me-more-data” skepticism that typically greets unpublished results drawing heavily on an outside literature. For one, scientists cautioned that Aβ kills all sorts of cells, so might well kill bacteria, too, without that being an important physiological function. For another, there are no indications that people who have low Aβ levels are prone to infection. One way to test this hypothesis would be to see whether transgenic mice that overexpress Aβ are more resistant to infection, and knockouts more susceptible. LL-37 is clearly important physiologically, as LL-37 knockout mice die from infections. Whether mice lacking Aβ are prone to infection was not immediately clear. BACE1 knockout mice are healthy (e.g., Roberds et al., 2001), though one research group has reported at meetings that BACE1/BACE2 double knockout mice that lack Aβ in all body tissues tend to die young, possibly from infection (see ARF related news story).

Even if this new research stands the test of independent replication, what does it mean for AD? “We really don’t know yet,” Moir said. It may be that a role of Aβ as an AMP and its aggregation in AD are unrelated. At a speculative level, one alternative explanation would be that some cases of AD could result from a persistent CSF infection, or from a transient infection that went away but engendered a permanent Aβ response and its attendant immune modulation. These words sound similar to a long-standing hypothesis by investigators such as Ruth Itzhaki and Brian Balin, who maintain that persistent infection with herpes simplex or Chlamydia, respectively, might be at the root of some cases of AD (see ARF Live Discussion; Wozniak et al., 2009; Balin et al., 2008). “They might be right,” Moir said, “though we would propose a more generic mechanism, not one based on any particular microorganism.”—Gabrielle Strobel. 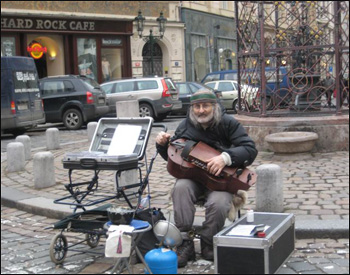