Last week, the capital city of the Czech Republic still lay dormant in its windy late-winter chill, but that did not keep neurodegenerative disease researchers from all over the world to bring to life a bustling six days of talks, posters, and ample exchange between young and established scientists. Perched atop a hill rising from the river Vltava (The Moldau, to classical music lovers), sits Prague’s conference center. A rather drab building, it nevertheless affords sweeping views over a beautiful city that is marked by the largest ancient castle in the world and beckoned conference-goers for walks and dinners. In addition to absorbing new science, AD/PD attendees learned that Prague is steeped in history not only of the political and cultural kind, but also, to the surprise of many, of the very origins of dementia research itself.

The 9th International Conference AD/PD 2009 took place 11-15 March following one and a half days’ worth of satellite meetings by European Union-funded research programs. The conference began amid some concern expressed by many scientists that the field at large might not be able to sustain two large conferences per year. The International Conference on Alzheimer’s Disease and Related Disorders (ICAD), which had previously alternated with the biennial AD/PD, will from 2009 on be held annually, starting four months from now in nearby Vienna, Austria. But AD/PD 2009 then turned out to draw 2,336 participants, some 150 more than its 2007 predecessor in Salzburg, Austria.

AD is organized jointly by Abraham Fisher of the Israel Institute for Biological Research in Ness-Ziona, Israel Hanin of Loyola University in Maywood, Illinois, Roger Nitsch of the University of Zurich, Switzerland, and Manfred Windisch of the Austrian contract research organization JSW-Research Ltd. in Graz. This year’s local organizers were Irena Rektorova of Masaryk University in Brno, Czech Republic, and Jakub Hort of Prague’s Charles University.

A non-scientific poll conducted among attendees (Material and Methods: ask everyone in sight, statistical analysis—none) generated the impression that they enjoyed the conference scientifically and socially, with unpublished data presented in a wide range of topic areas. People had ample opportunity to peruse the more than 1,100 posters, because they were split into two blocks and each poster stayed on its board for two days in areas near where the food was, so conference-goers could easily drift through the poster areas during breaks. Attendance at the afternoon sessions was high in part because the conference was fully catered, though many people understandably snuck off on occasion to explore Prague.

A theater show preceded the opening reception, and the program included an evening concert in four of the city’s churches, whose many towers evoke Prague’s nickname “City of 1,000 Spires.” This was a fitting outing in a city known for its active church music scene, though some quipped that sitting on a wooden bench in an unheated space after a day of having already sat through talks from 8:30 a.m. to 7 p.m. had a slight tinge of penance to it, too. (The perfect opportunity to ask absolution for that cutting manuscript review you wrote last month…). As always, AD/PD offered a dinner party with a live band and dancing. It was oversubscribed, but luckily Prague is a city where scientists who got turned away from the party could simply saunter around downtown and snap up inexpensive tickets for the State Opera’s performance of Giuseppe Verdi’s AIDA, which is what some did for a memorable night.

Breakfasts featuring senior clinicians invited young investigators to network. Less well known, perhaps, is one further tool to convene the next generation. That is, the registration fee gets waived for one student from the lab of each invited speaker. This offer was not fully exploited this year, Fisher said, and will be more prominently advertised next time, when the conference is set to take place in Barcelona, Spain, in 2011.

“We young investigators got lots of support here, especially to meet the big shots in the field. It was a great opportunity to get both new science and social contact. And it’s the only meeting of this size where I get fed lunch every day,” Ling Li, of the University of Alabama in Birmingham, said at the farewell session.

Praise from scientists duly discharged, there were some quibbles, too. The quality of the talks varied at times as is true at most large conferences, and some noted that the topics of some sessions could have been more focused. Last-minute schedule changes—i.e., Dennis Selkoe, John Hardy, David Holtzman, Peter Lansbury, Mike Hutton, Christine van Broeckhoven and Marc Tessier-Lavigne—were spottily communicated, creating an element of surprise. “Half the time I go to a plenary talk, it’s not there,” joked Karen Duff of Columbia University in New York. “But then there’s the bonus of the unexpected talk. I actually got a lot out of this meeting.” Everyone who has ever organized a conference will sympathize with the challenges of scheduling busy people, and this minor kink will be ironed out next time, Fisher said.

The conference broke no major clinical news, but it did feature ample new data in multiple science areas. The title combination of Alzheimer and Parkinson diseases worked particularly well this year, said Christian Czech of Roche in Basel, Switzerland. Research into the considerable overlap at the clinical, the pathological, and the genetic level of a range of conditions that where traditionally categorized as either a dementing or a movement disorder is coming to the fore, and it is increasingly breaking down barriers between these formerly separate bastions of neurology. Check back for research stories to come live over the next few weeks.—Gabrielle Strobel. 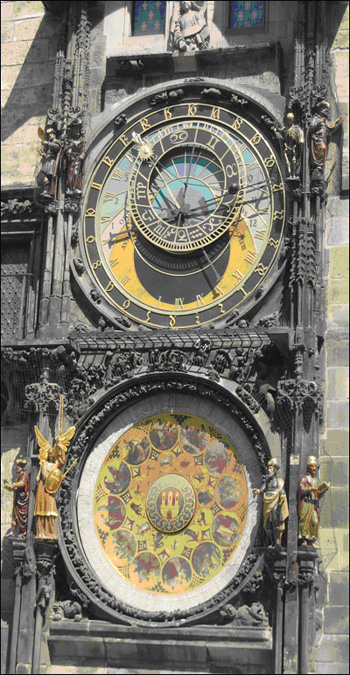